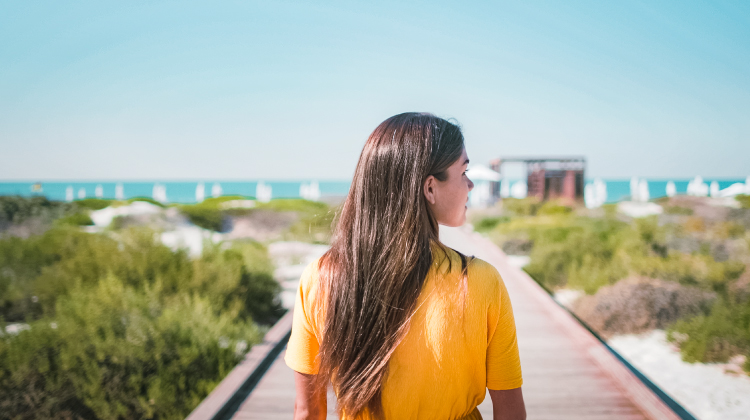 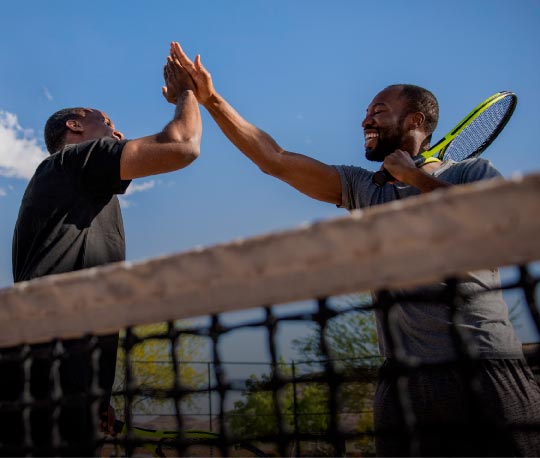 Abu Dhabi is a modern metropolis with stunning skyscrapers, larger than life theme parks, adventure destinations, beach resorts and more. It offers an enviable lifestyle along with plenty of job opportunities and a tax-free income, making it a preferred destination to live in the Middle East.

Abu Dhabi is a well-established, progressive, dynamic city with a strong community. It offers an extensive range of international schools, a great variety of places to live depending on your budget making it an increasingly attractive place to live.

Safety is an issue for cities all over the world but Abu Dhabi consistently ranks among the safest places to live, work and visit. According to the Crime Index 2021 report by Global Data website, Numbeo, Abu Dhabi is the safest city in the world. High-level security and public safety regulations are only partially responsible for this ranking as the people in Abu Dhabi uphold the country’s core values of respect, integrity and transparency in their daily lives. Residents often trade stories about losing valuables and returning to establishments - be it a mall, restaurant or the car park - only to find their items still there and untouched. Safety is important in the UAE and both the government and the community at large work together to ensure a healthy, prosperous and safe life for all.

The wellbeing of residents and visitors is of the highest priority to the Abu Dhabi government. Abu Dhabi, the capital of the UAE and also the largest of the seven Emirates, is an aspirational place to live and work. It offers an idyllic lifestyle with exceptional employment opportunities, world-class education and sought-after leisure and entertainment.

The Department of Community Development (DCD) in Abu Dhabi conducts periodic studies to determine the happiness and wellbeing index, a key quality of life indicator, which shows that the work-life balance index increased by nearly 16 percent. This is likely due to health, fitness and wellbeing initiatives rolled out by the Abu Dhabi government.

Abu Dhabi is an ideal home for all people including People of Determination. Under the National Policy for Empowering people with Special Needs, People of Determination are defined as those suffering from a temporary or permanent, full or partial deficiency or infirmity in his/her physical, sensory, mental, communication, educational or psychological abilities to an extent that limits a person’s ability. Federal Law No. 29 of 2006 Concerning the Rights of People with Disabilities supports equal care, rights and opportunities for People of Determination in education, healthcare, training and rehabilitation and aims to ensure their rights.

With centres and clubs for People of Determination across Abu Dhabi, Zayed Higher Organisation for People of Determination (ZHO) provides a range of integrated services that aim to rehabilitate disabled people to prepare them for inclusion into society. These services include training and education, vocational and therapeutic rehabilitation (assessment, early intervention, physiotherapy, functional therapy, speech therapy, and vocational training workshops), psychological care, family counselling, as well as supporting educational and sport activities.

Throughout its history, ZHO has made wide strides and considerable achievements, notably its expansion plans to accommodate people with disabilities all over the Emirate of Abu Dhabi. ZHO operates centres in Abu Dhabi, Al Ain and the Western Region.

The Department of Health - Abu Dhabi provides People of Determination, both UAE nationals and expatriates, with a variety of services including disability assessment, eligibility assessment for parking permits and mental health assessment.

All public facilities, including pavements, pedestrian underpasses, and building entrances, are becoming progressively more user friendly for People of Determination. The Abu Dhabi government offers People of Determination subsidised fares for various modes of public transportation and they are also eligible for free unlimited travel on all buses using the Hafilat smart card.

Abu Dhabi is home to many people from around the world with diverse cultural and religious backgrounds. Islam is the official religion of the UAE, however religious tolerance is a pillar of communal life in Abu Dhabi and a defining element of the Emirate’s social landscape. Perhaps the most monumental example of this was the papal visit to Abu Dhabi in 2019. The three-day historic visit by Pope Francis marked the first time a leader of the Roman Catholic Church made a visit to the Arabian Peninsula. During his stay the Pope celebrated interfaith relations with Abu Dhabi’s esteemed leadership and hosted a public mass for Catholics in the region, approximately one million of whom live in the UAE. The Pope’s visit sent a strong message about religious tolerance that still lives on in Abu Dhabi.

There are two types of public holidays in Abu Dhabi: fixed holidays with exact dates and Islamic holidays, which are determined by moon sighting, therefore the dates change each year.

Important cultural and religious occasions such as Diwali, Holi, Christmas, Easter and Chinese New Year are also widely celebrated throughout the community. It’s commonplace to see impressive Christmas displays in malls and decorative items on sale in stores around the Emirate. Restaurants and special interest groups host events in connection to these holidays and all celebrations are respected regardless of personal affiliation.

From sporting events to unique leisure experiences, there is plenty to do in Abu Dhabi. Sport is placed at the forefront of leisure activities in the UAE so the country invests in world-class infrastructure for its emerging sports sector through the construction of modern sports facilities such as football (soccer) stadiums, motor racing tracks, golf courses and training centres throughout the country. Hobbyists can enjoy activities of interest as there are community groups for almost every sport and fitness activity you can imagine such as netball, swimming, Padel tennis, tennis, cricket, football, rugby, cycling, softball, wakeboarding, kite-surfing, dance, yoga, pilates and so much more. With lots of gyms and studios available, you can sign up for a membership or practise for free in any of the parks or public gyms. Many of the expat communities offer free use of gyms and pools as a courtesy to residents. Furthermore, all UAE residents, regardless of their nationality, can represent the UAE in national sports competitions. Whether you are a professional or hobbyist, there is bound to be a leisure activity that meets your needs in Abu Dhabi. 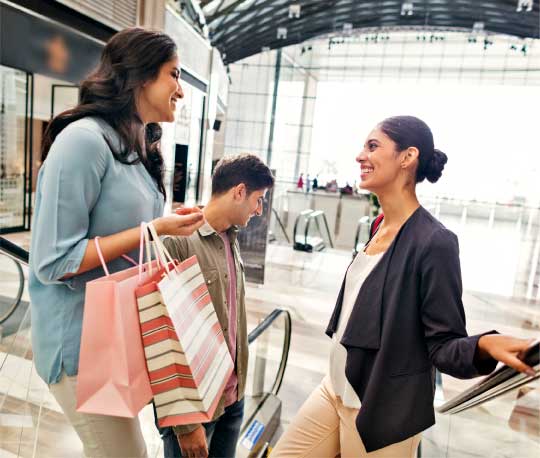 With such diverse offerings, Abu Dhabi is fast becoming a renowned shopping destination. Just like the city itself, retail offers new, luxurious options alongside the traditional souks and markets of earlier times. There is no shortage of malls in Abu Dhabi. Every community has at least one accessible shopping mall. In fact, malls are a one-stop-shop where you can get your fashion fix, enjoy a meal or entertainment and even handle official business as some government entities have locations inside the mall.

The UAE’s retail market is strong and benefits from year over year growth. Even amid the Covid-19 pandemic, retail availability remained the same, the methods simply changed. E-commerce has given this sector a big boost as Abu Dhabi residents enjoy the convenience of online shopping and fast delivery. According to a survey by Euromonitor International, e-commerce in the UAE is expected to grow 60 per cent to more than $8 billion by 2025. The increased shift towards cashless transactions has also prompted the growth of the online shopping space. More than half of UAE consumers say they plan to use only cashless transaction methods by 2024, compared with the global average of 41 per cent, a recent study by Visa found.

Whether shopping online or visiting any of Abu Dhabi’s well-appointed malls, you are sure to have an unrivalled experience.

Dining And Eating Out

Abu Dhabi has a range of impressive dining options on offer, with stylish restaurants, cafés and bistros serving cuisines from around the globe. From family-friendly casual restaurants to fine dining options, beachside eateries boasting stunning views to some of the most fashionable restaurants in the world and even dinner cruises, the sheer volume of choices is endless. In Abu Dhabi, you can find any cuisine you crave, from Japanese to Peruvian, American to Chinese, British to French, Indian to Lebanese, Emirati to Italian and much more.

Brunch is a regular fixture in Abu Dhabi. It is like the universal celebration after the working week. Four and five star luxury hotels offer a huge array of cuisines and for four hours or more in lieu of an all-you-can-eat feast. Diners are invited to kick back, relax and enjoy good fare at their leisure.

The street food scene is buzzing in Abu Dhabi with plenty of local cafes, restaurants and food truck parks

With such a diverse population, there is no shortage of special interests groups in Abu Dhabi. Whatever your interest or hobbies, there is a group of like-minded people assembled and waiting for you to join. Some interest groups are virtual whereby participants interact digitally and some meet offline. Most have a social media account or web page where you can make contact and assert your interest. Here’s a range of groups you can join:

The UAE fosters a culture of giving and human compassion by setting a good example for its residents and citizens. The country is consistently ranked highly amongst the most charitable countries in the world. For example, the UAE was one of the first countries to reach out and support global humanitarian initiatives at the onset of the Covid-19 pandemic. The UAE’s aid accounted for 80 per cent of the international response to countries struggling to curb the spread of the novel coronavirus. As of July 2021, the UAE sent a total of 2,154 tons of medical aid, ventilators, screening equipment, personal protection equipment and testing kits to 135 countries around the world, and a total of 196 medical aid flights were sent. 6 field hospitals were set up in Sudan, Guinea Conakry, Mauritania, Sierra Leone, Lebanon and Jordan and 1 fully equipped mobile clinic was set up in Turkmenistan. The UAE’s in-kind aid to WHO amounted to USD 10 million.

Consequently, the Department of Community Development in Abu Dhabi is committed to the social welfare of everyone who calls Abu Dhabi home. The organisation is guided by the values of respect, credibility, empathy, responsibility, passion for giving and kindness to ensure a dignified life for all. The Volunteering Policy in Abu Dhabi aims to enhance social cohesion and beneﬁt the community as a whole, through increasing volunteer engagement and participation, in addition to enhancing skills-based and service-based volunteering. The policy encourages professionalism and openly recognises volunteers for their achievements. Individuals and organisations must register as volunteers and/or apply for a licence.

More About Living In Abu Dhabi