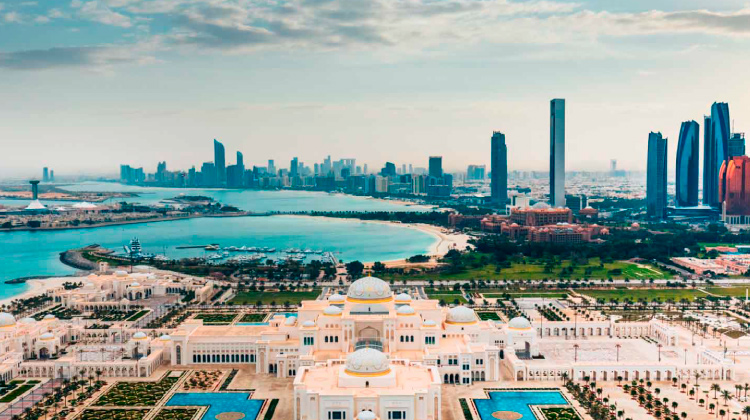 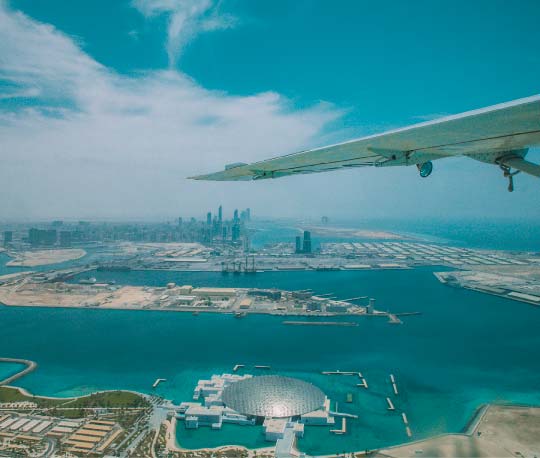 Abu Dhabi is the capital of the United Arab Emirates (UAE). The largest of the seven emirates, the Emirate of Abu Dhabi shares its border with the Kingdom of Saudi Arabia, the Sultanate of Oman, and the Arabian Gulf. Its total area is 67,340 km2 (26,000 square miles) and accounts for 87 percent of the UAE’s total landmass. It also surrounds half of Dubai and has a short frontier with Sharjah.

Abu Dhabi is an archipelago of over 200 islands, with a coastline that spans about 700 kilometres. The coastline has many areas of sabkha (salt flats), stretches of gravel plain and vast areas of desert. The majestic Hajar mountains rise in the Musandam Peninsula to the north, run through the east of the UAE, and flow into Oman, forming the backbone of the country.

Abu Dhabi is made up of three main regions: